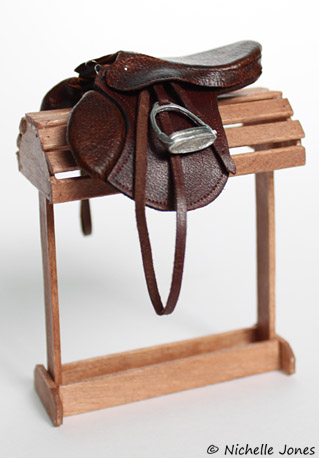 It’s got issues, of course. There are some angles of it I deliberately chose not to get pictures of, they’re that bad. But it is my third attempt at an english saddle, and I think it’s an improvement over this one?
Here are some pics of it on a horse: (ignore the pad- it was made for another saddle so it doesn’t fit well) 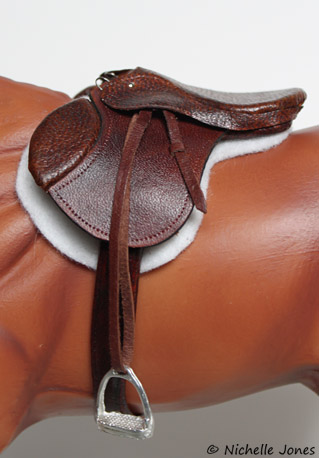 One thing that bothers me is the way it’s sitting on the horse. I think it’s too high in front and too low in back. I think my panels aren’t quite thick enough.

I also think that problem is only accentuated by Gem Twist’s back. I stuck it on LG, and it kind of helped, but now I’m wondering if it’s too big for that mold. 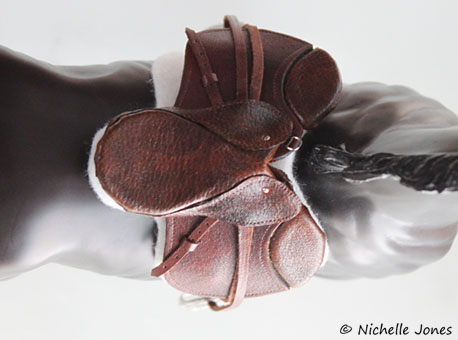 If there is one thing I am happy with, it’s the girth. I made it following another one of Jennifer’s tack tips. I discovered that it’s easier to cover things with skiver first, then dye, instead of the other way around. Dyeing the skiver beforehand made my leather so stiff and frustrating to work with, and blotchy as well. Dyeing afterword seemed to help with that…

What do you think? Any help would be appreciated!

5 thoughts on “I actually finished the saddle.”