Over the years I’ve collected a lot of hardware for tack making. A lot of pieces were tag-along items to Rio Rondo orders I was placing anyway, but I never realized just how much I had until I piled it all together. I’m not even sure what I have to be honest, and that’s embarrassing.

One of my New Year’s resolutions was to use up what I’ve got, so that’s exactly what I’ve been trying to do.

The next project to tackle was an English Hackamore.

I admit I’m a bit hesitant to share this – I’m afraid of being accused of copying another artist when the reality is just a coincidence.

I tried to make mine as different as I could though, so hopefully it’s ok.

The Portuguese bridle fought me but that was nothing compared to the hackamore. This one seriously made me wonder why I even bother at all. Does anyone else ever feel that way? It probably doesn’t help that I’ve been feeling out of sorts for a couple weeks now.

Another problem could be that this is a first attempt at a hackamore. My real horse knowledge is lacking (and probably shows, haha) but I’m trying. 😦

Still, I managed to finish it in the end, and there are plenty of things about it that irritate me, but it’s done! 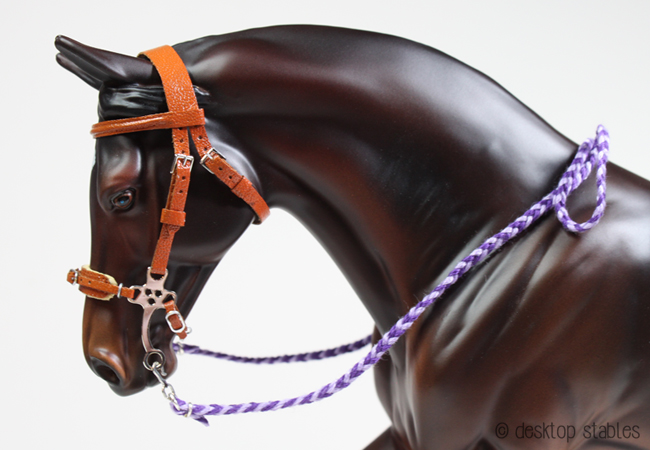 And it’s nice to have another useable bridle in my tack collection. 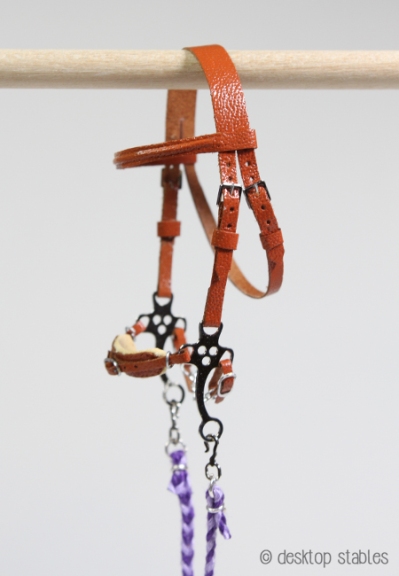 On to the next project…

7 thoughts on “An English Hackamore”