To be honest I had been wanting to update my little Christmas tree, but hadn’t decided on how. I’ve had it for at least 10 years or so… possibly longer. I think I bought it from a Michael’s store shortly after getting into model horses, and it’s appeared in most of my hobby-Christmas photos ever since.

In fact, here’s the first one I have, which featured my wild mustangs collection and an early attempt at creating an indoor photo setup.

It’s not a bad little tree.

It’s even got it’s own set of working lights, big plastic ornaments and a sparkly pipecleaner star:

But the nagging thought of making a more realistic in-scale(ish) tree was growing louder. SO, I ordered a batch of green princess pine off ebay…

And proceeded to follow the tutorial and assemble a miniature Christmas tree: 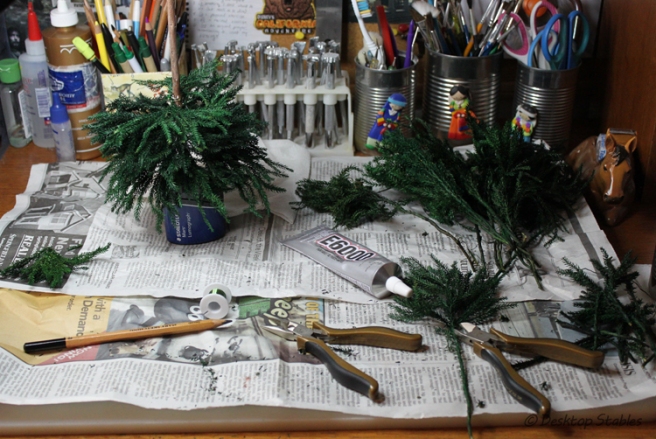 Some things were learned. This stuff is preserved foliage, so it’s fragile. Also, it sheds a bit, and turns your fingers green when you work with it.
The tutorial was easy enough to follow along, but I did switch some things up to make it easier. I ended up gluing the wire-wrapped branches in place as I went. (this was mostly to space them out… there’s quite a difference between 1:12 and 1:9 scale so I didn’t want to run out of pine) Most of the top branches were glued in place as well, using a glue gun since it set much more quickly.

Eventually I ended up with a tree. (and a huge mess) 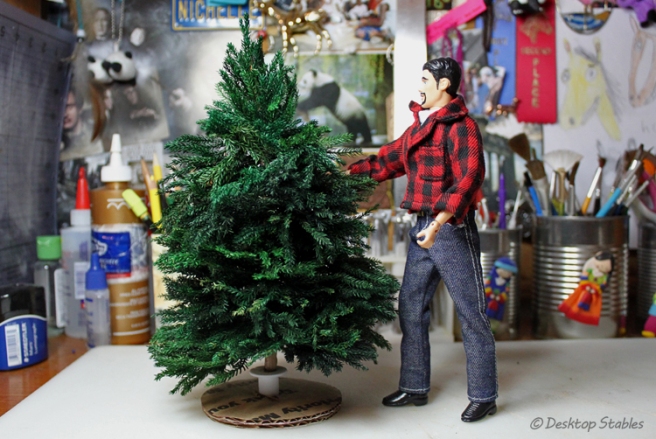 The stand was made from an empty plastic spool, sandwiched between two large circles cut from cardboard. Looking back, I probably should’ve painted it or at least flipped it over. Oh well. 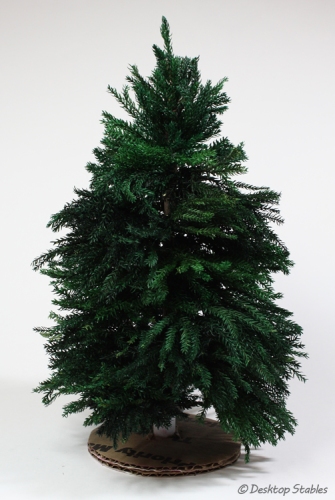 Here it is compared to the other tree: 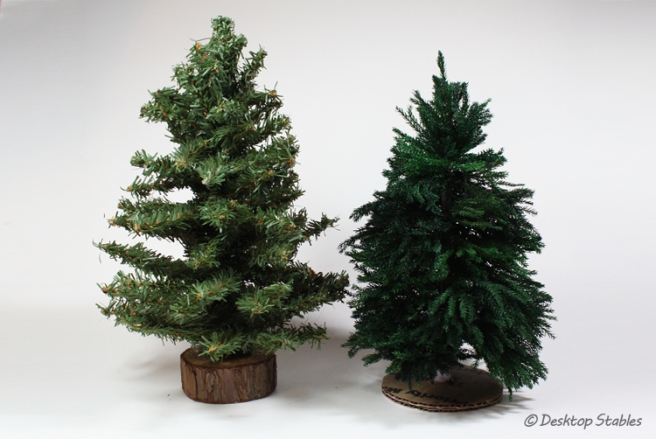 I ended up with enough pine leftover to make a simple wreath as well: 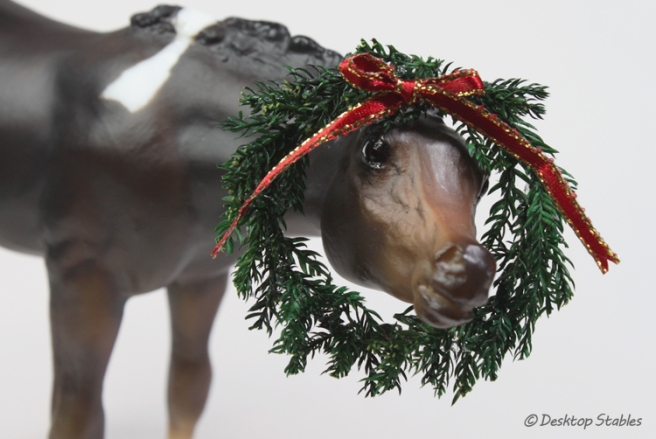 Once the tree was made, it was time to start making decorations for it. The first thing it got was a tree-skirt, since I couldn’t have one with the other tree and that’s been bugging me for years:

This was followed by ornaments, and little boxes to put them in. The boxes I found here – I resized mine before printing them though. 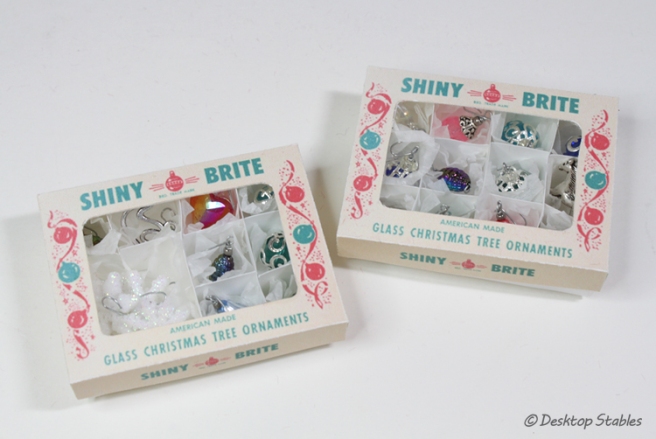 The ornaments were made from beads, 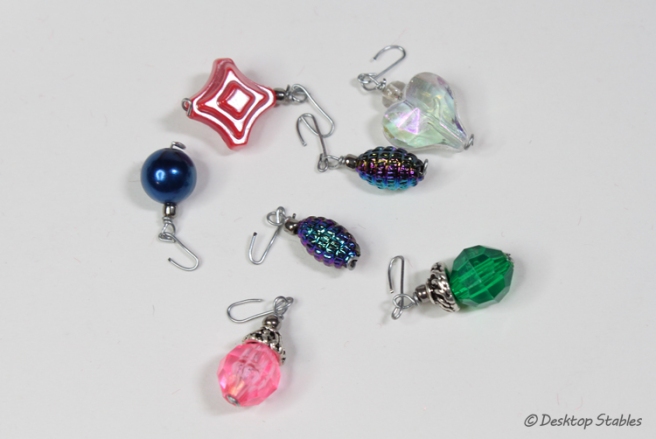 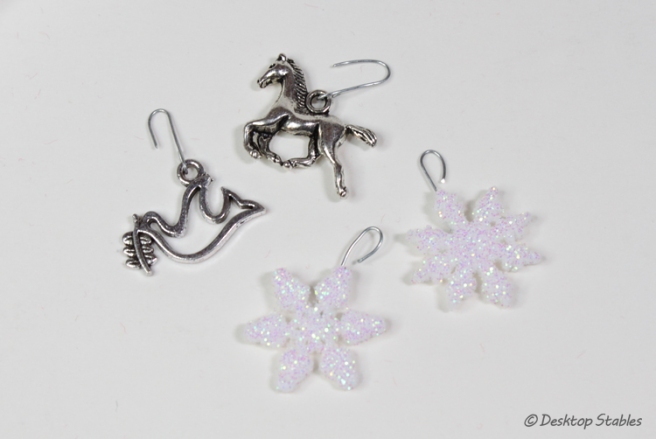 I also made an angel for the top, using a button and a gold-painted cone made from card stock:

Once that was all done, I needed some way to contain it all, so another box was in order. 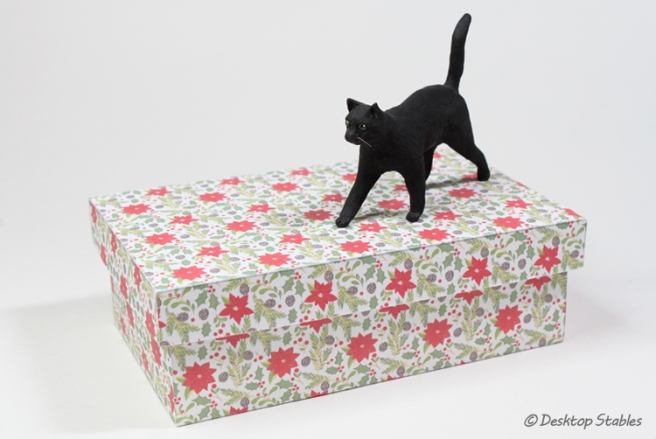 I might have had too much fun setting it all up. (“So Nichelle, what do you do in your free time?” “Uhh…”) 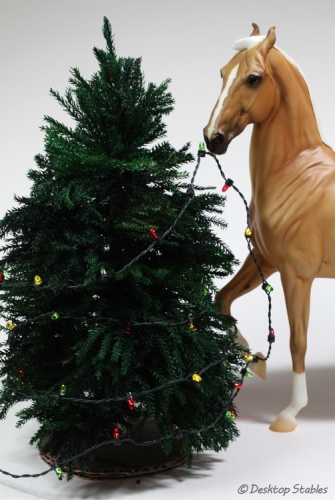 It was a fun project though and I’m pleased with how it turned out. 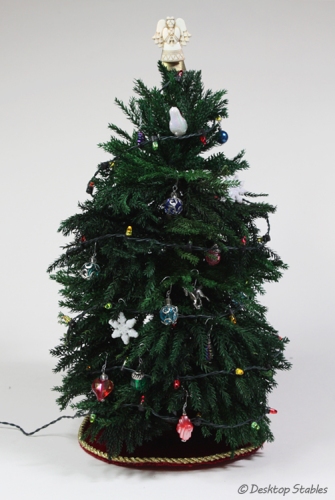 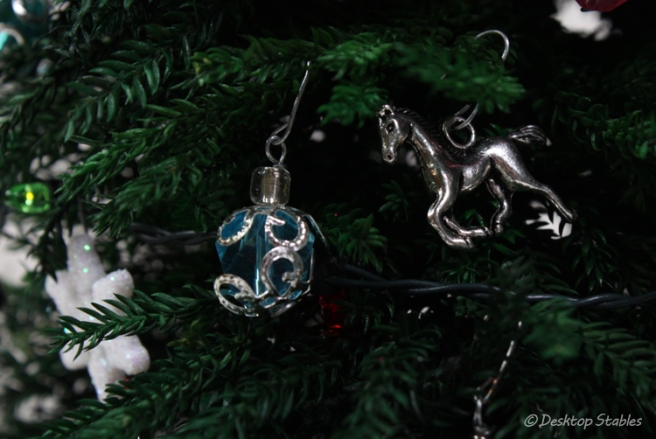 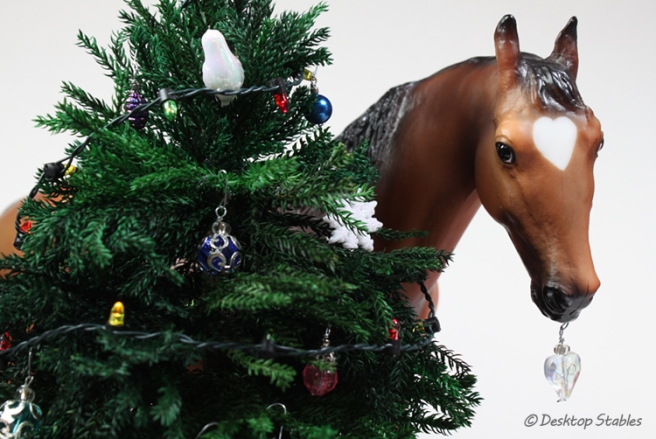 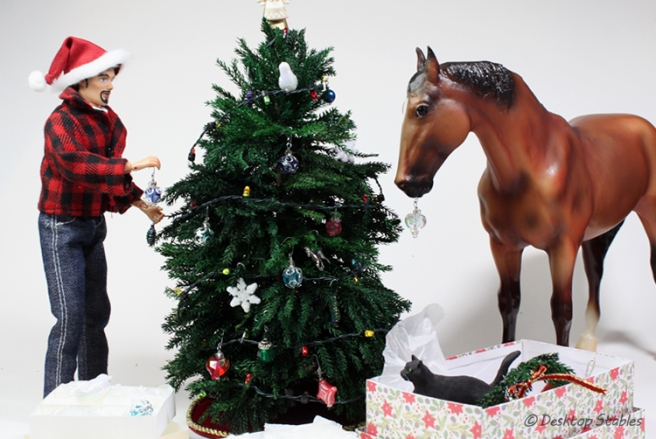