It’s been a goal of mine to customize the dolls I’ve been collecting over the years. I have this uh, habit of buying things for potential projects… then never actually doing the projects.

Enough is enough! My dolls, or at least one of my dolls, needs a makeover this year. Since this doll is the one I always reach for, she gets to go first. She’s an earlier version of Yvonne originally produced by Zica Toys, and is kind of a mess. Mismatched limbs, an arm that always falls off, big, untamable hair and marks on her face I always have to edit out… 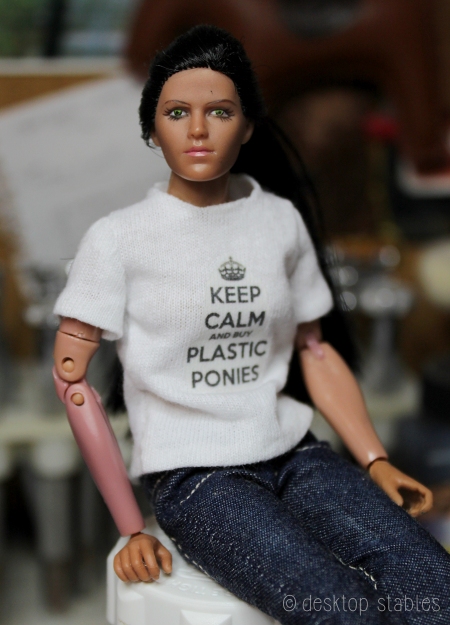 I started by working on her clothing. The first thing to tackle was her jeans. This pair is fine, but they’re more of a low-rise cut which is… unfortunate whenever the doll is sitting. 😂 So fixing that was a priority. Another thing was getting over the idea to make everything removeable. I like the idea but it has drawbacks in this scale, mainly with excess bulk. To be honest, I’m at the point where I don’t want to waste time fiddling with tiny doll clothes anymore.

I modified the original jeans pattern I had made to have a higher waistband, and this was the result. If I were to make another pair, I might try adding a couple darts to bring the waist in a little.

That’s the thing with pattern making though. You really do have to make pieces over and over again, modifying your pattern each time until you’re happy with it. Lots of trial and error! 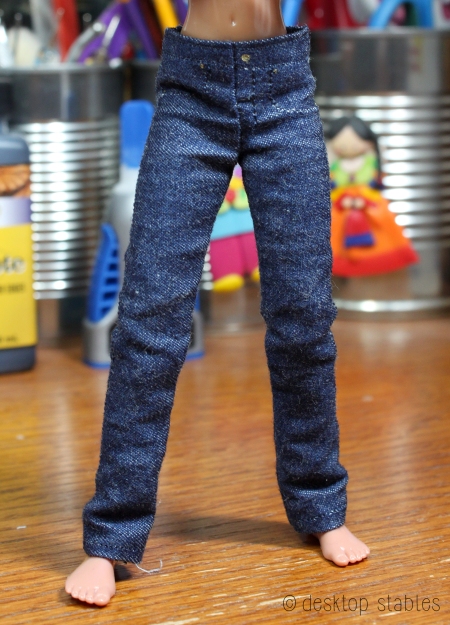 The back pockets are working, and like true women’s clothing can’t hold much of anything! 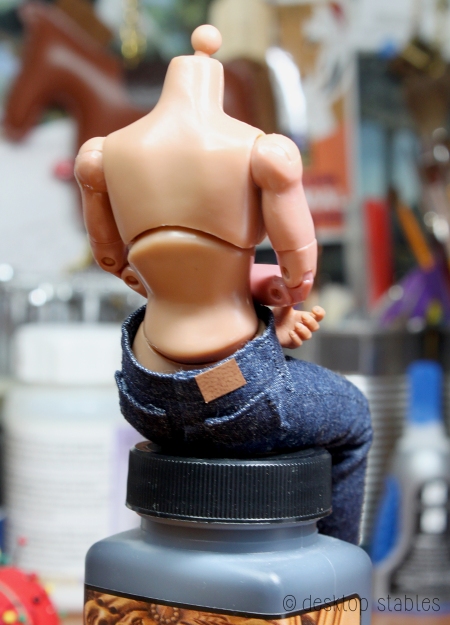 I wanted to keep her original shirt, so I removed the Velcro in the back and glued the ends together. This made it look a little more fitted. I also chopped the hems off of her sleeves.

This was necessary to reduce bulk, as I wanted her to have a flannel shirt layered over it. This shirt I made using the same pattern I had used for the t-shirt, but backwards so the opening would be in front. (it’s a free Barbie pattern I found and resized. Not perfect but it’s a starting point) Like the jeans I had to make some modifications to the length of the shirt, the sleeves and neckline.
It helped having a full-size shirt for me to look at as well.

The end result isn’t perfect and one side is definitely longer than the other (UGH) but I’m pretty pleased with it. 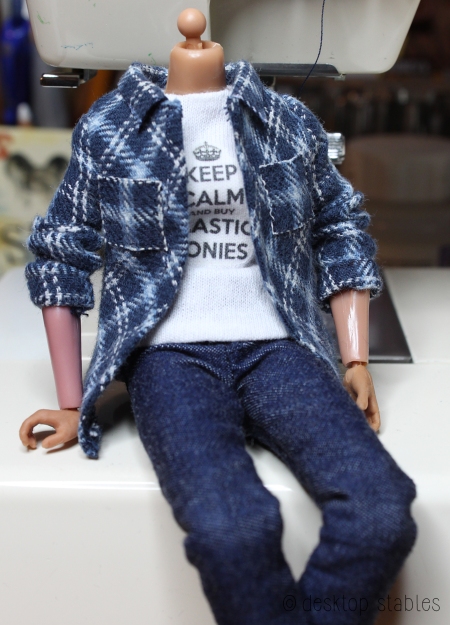 With the clothing done it was time to move on to her head.

I had planned to re-root her with viscose. I’ve done this a couple times with Breyer dolls so I was feeling pretty confident until I got all of the old hair removed. I don’t know if it was this release of Yvonne or what, but my doll has a very hard vinyl head. The factory rooting left rows of holes that were too small for a needle/re-rooting tool, and a lovely gap in her skull where the plastic had separated.

That gap also deformed the shape of her head. I was able to fill the hole in, but that’s about it. 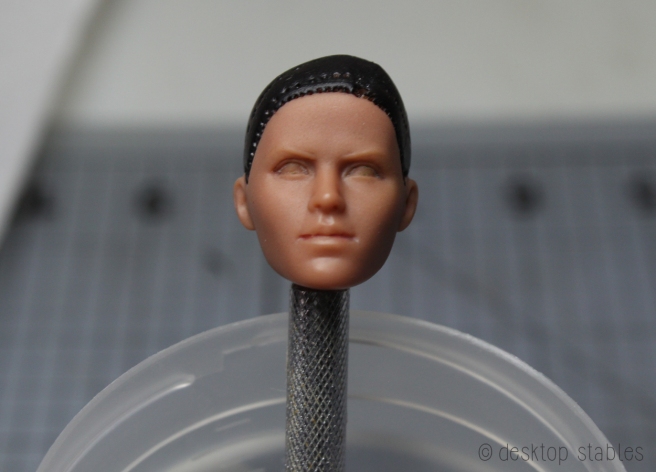 Since re-rooting was out, I decided to paint her face next. I tried to keep it natural, and kept her green eyes. They’re more grey-green here, but that’s better than the neon color they were before.

For her hair, I glued on small bunches of viscose around her head…

… so it would look smooth when flipped over. I added a little more to her head to add some more volume, (and hide bald spots, lol) then tied it back in a low ponytail. I also gave it a light coat of watered down glue to help tame the frizz. (this stuff gets everywhere!)

The last thing to tackle was the shoes. In hindsight I should have done this before adding the head, but oh well! Unfortunately the only photo I have of the shoes in progress is this:

These were made similar to those shared on Jennifer Buxton’s blog here and here.

This was harder than I anticipated (which explains the lack of pictures) but in the end, I think they turned out ok. 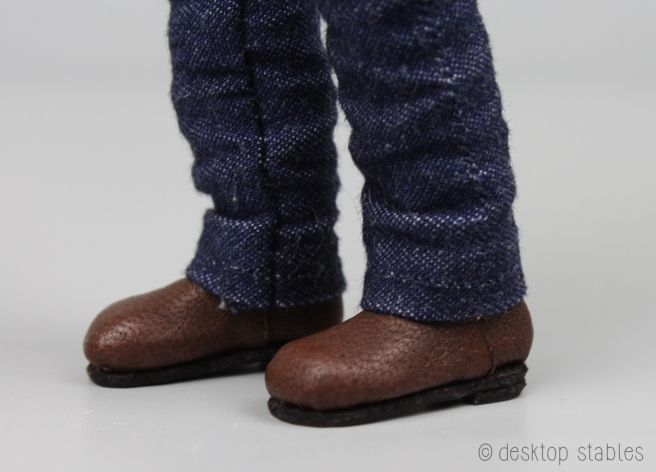 With that, her much-needed makeover was finished! Final photos to come soon… 😄

I moved pretty quickly and unexpectedly earlier this month. Things have been busy and I’ve been preoccupied with everything. But! I have a hobby room! I didn’t think it would happen but it did and I’m so grateful 😭
Makeover complete! 🖌 More photos on my blog, link in bio 🙃