Toward the end of April I drove out to the National Bison Range. I got some photos I liked and saw lots of animals, but I knew I wanted to go back once spring hit and the road completely opened up. 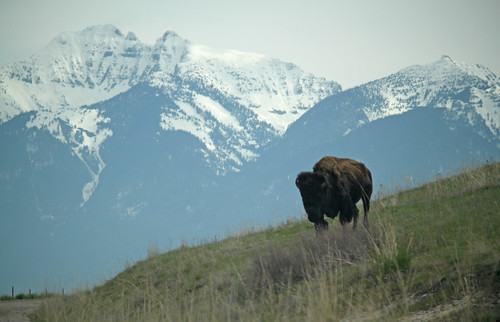 Sooo that’s how I spent half of Memorial Day! (and the other half with a migraine ughhhh) My “quest” was to find and photograph a baby bison, which are adorable little orange fluff balls.
I really love taking pictures of animals and birds in general, so I was hoping to see anything, really. I think the collector in me wants to get a photo -good or bad- of as many different species as I can. 😛

Anyway, I got there really early and took the opened Red Sleep Mountain Drive through the range. The views were beautiful, and the wildflowers were in full bloom which I couldn’t capture properly on camera. 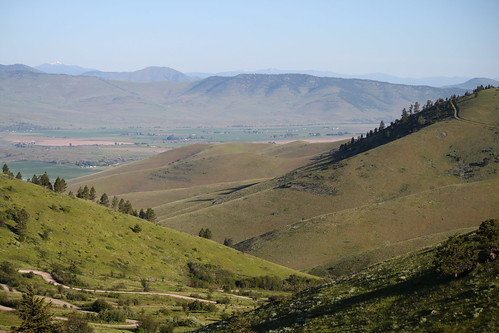 I spotted a couple of bison on the drive, but they were very far off in the distance, too far for my zoom lens. 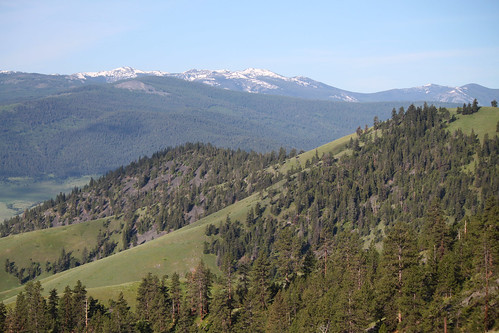 I was feeling kind of disappointed at this point though, and tried to cheer up with flower photos. 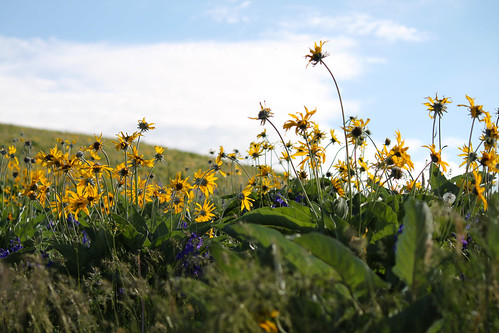 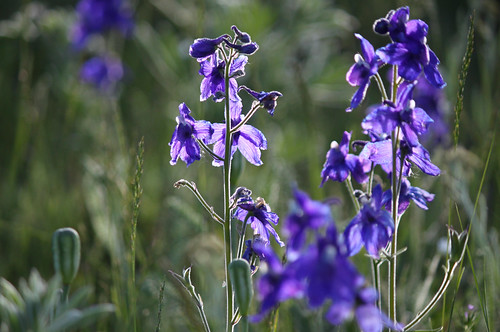 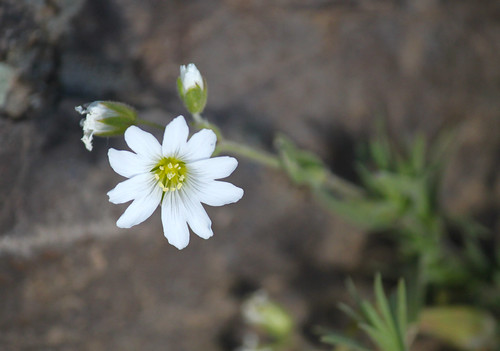 I did spot some whitetail deer bucks and a mule deer, but they bounced away pretty quickly as I made my way back down. Once I got to the prairie again I started seeing more animals, like a group of Pronghorn does. 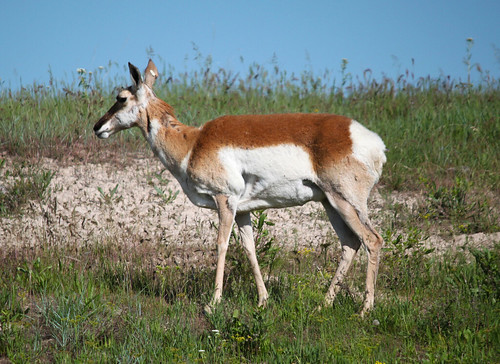 I’ve been staring at these photos too long, and have concluded that this doe is either pregnant or just had a calf… 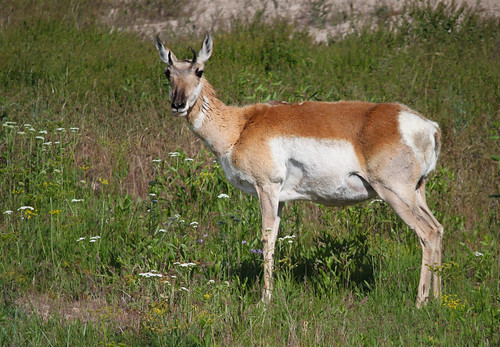 … like this one? I can’t tell if this is a calf or not – she was far off in the distance. 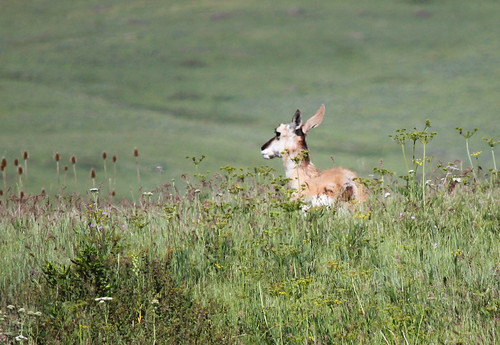 I did capture a couple birds though, like this Magpie: 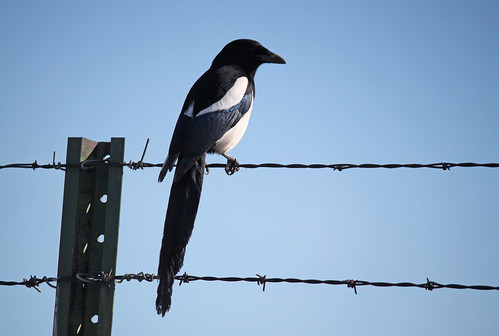 And this one, with a bee for a snack. (gross or funny, I can’t decide XD) 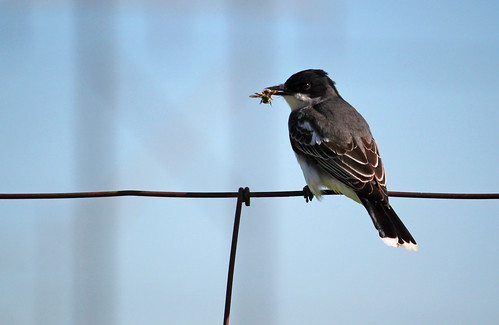 FINALLY there were more bison! So many of them! It wasn’t till I started editing later that I noticed all the fuzzy orange calves. I think there are seven of them in this shot.

(all those powerlines add such a nice touch yeah?) 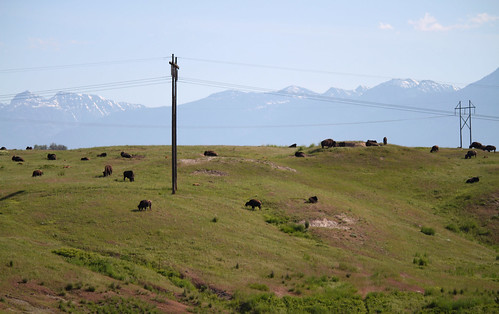 A little up ahead there was a group right next to the road, including another baby! My photos aren’t that great but it was the best I could do before they moved off. I was mainly happy to see a calf nearby. 🙂 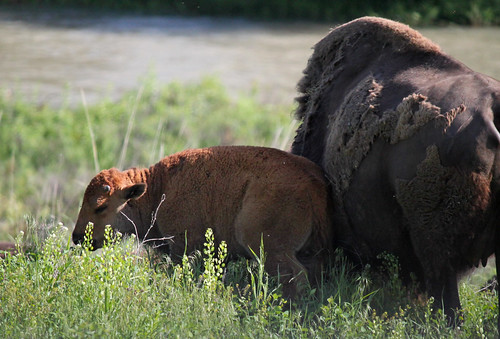 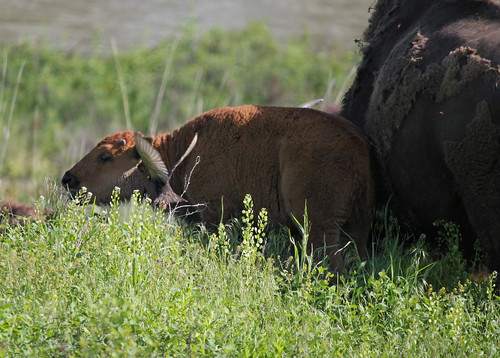 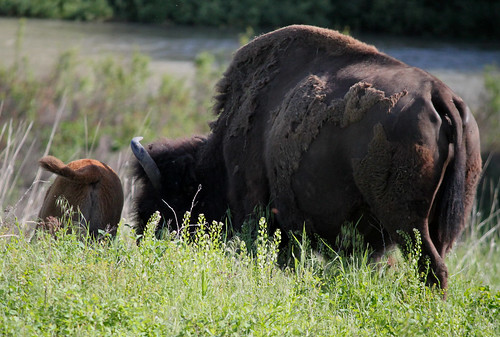 I think this is my favorite photo of the day: 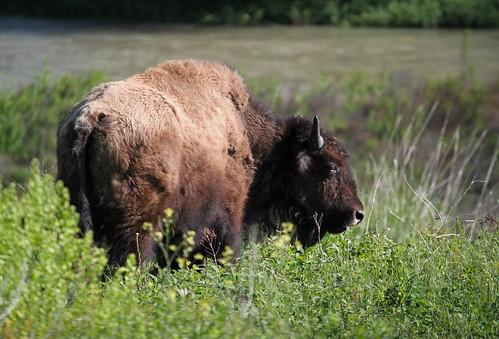 So many flies aghhhh… 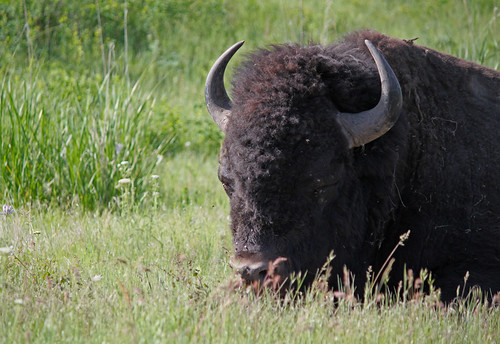 I decided to take the smallest loop before leaving for the day, not expecting to see anything but… you never know, right? A badger appeared out of nowhere and vanished just as quickly, but I was able to get a few decent photos of him. 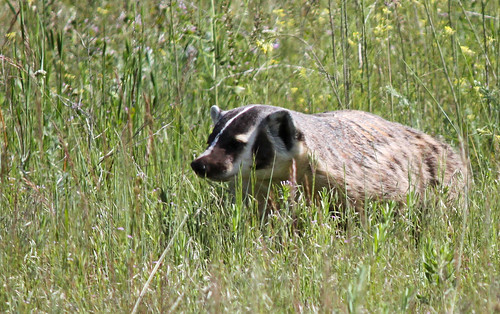 I have never seen a badger in the wild before so this was exciting! 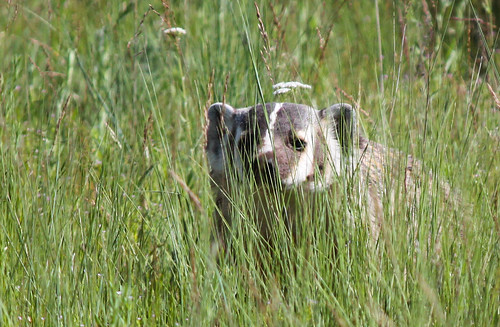 All in all, mission accomplished, and I’m glad I decided to make the drive out there again. I’d love to go back in the fall, we’ll see how that goes. 🙂

8 thoughts on “Back to the Bison Range”