I’ve neglected the grooming kit project for ages, but finally have another few pieces to add to it: 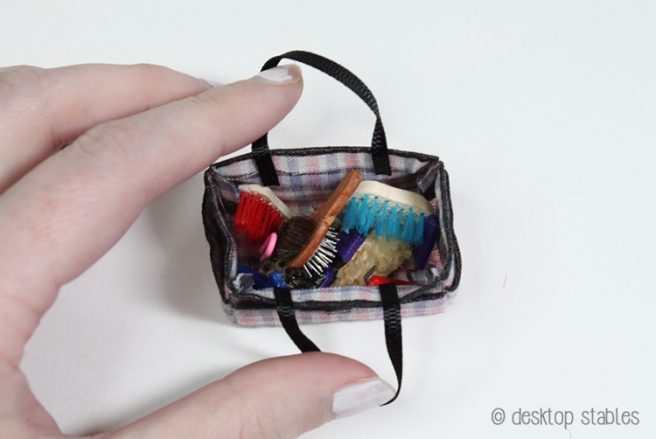 Like the posts I’ve done on the mane brushes and hoof picks, this isn’t quite a tutorial. Also, these things are extremely tedious to make, but I think the end result is worth it.

For the bristles, I used some cheap hair extensions I bought off of ebay. 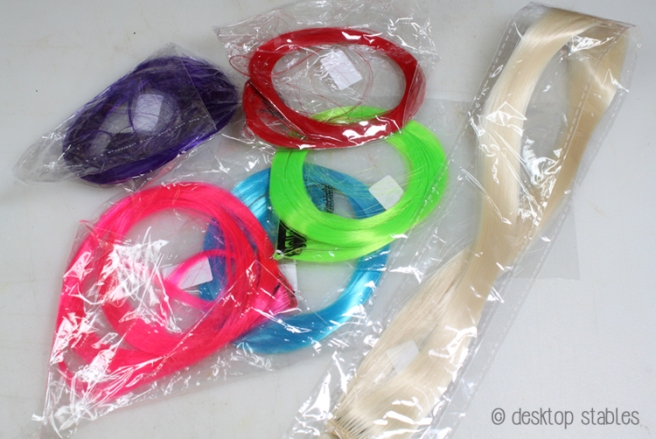 I used a popsicle stick to sketch out the size, then used an exacto blade and sandpaper to get the shape I wanted.

This is a pin vise – it’s a hand held drill that allows me to drill different sizes of holes, depending on the bit used. 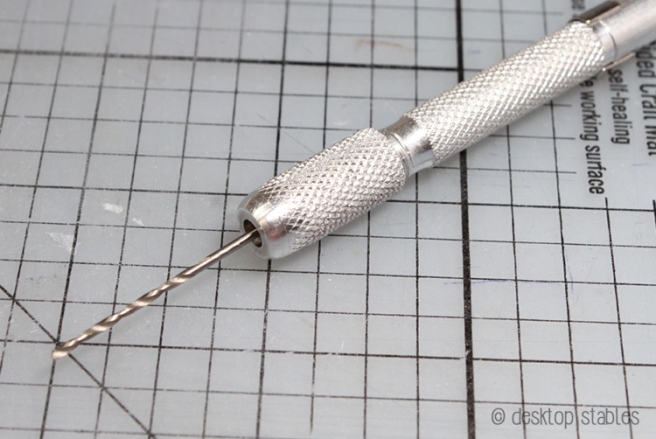 I used this to drill multiple holes in the wood, being careful not to go too deep. A lot of the splintering I was able to sand away later, but I found it hard to avoid.

To add the bristles, I would cut off a length of hair in the amount I wanted, then trim one edge flush.

I added a bit of glue to the end and stuck it inside one of the holes, working from one end to the other.

This really was the most frustrating part. Synthetic hair is quite slippery and the tacky glue I was using didn’t set fast enough. I did end up switching to Fabri-Tac and that worked out a lot better. Fabri-Tac is what I like to call the “cold” hot glue, as it sets fast and is very tacky. (unfortunately it also comes with those annoying glue strings/”cobwebs”) It was definitely a trial and error thing though.

Eventually I got the entire piece covered:

After letting it set for a bit, I trimmed down the bristles. The wood got a coat of varnish and I added a scrap leather strap across the top:

The others were made pretty much the same way, but I did experiment with different shapes and thicknesses of wood. The brown one was made using an old paintbrush instead of the hair. It’s very soft while the others are more stiff. (hey like full-size brushes, woohoo!) 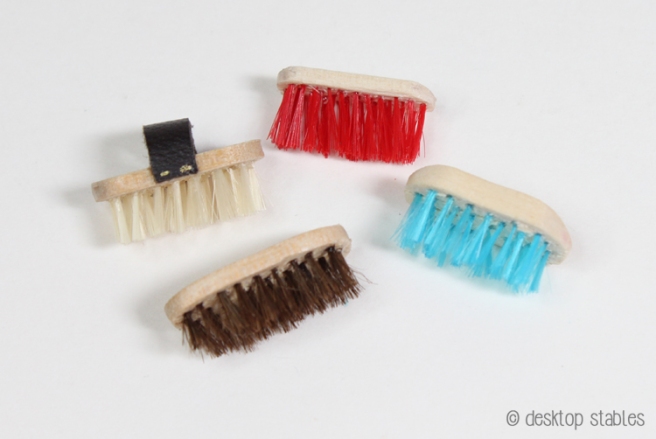 I’d like to experiment with different materials, and I have tons of hair left over so I’m sure I’ll be making more in the future!

Got this finished up… more photos up on my blog today!
Stein 💙