While attempting to organize some of my boxes of miniatures, I came across a bunch of old SM tack I made years ago. Aside from my customs, my remaining SM herd is all boxed up, so I thought it would be fun to get them out and play dress up. 🙂

When I first started collecting, I would go through the Breyer box catalogs and attempt to re-create the tack and props I saw pictured for my Stablemates. At the time being able to afford a traditional scale Breyer and all the accessories to go with it was pretty much a dream, so it only made sense to try and make it all myself. This was before I discovered the hobby existed online… once that happened I was completely hooked. 😛

Up first, a lovely show cooler, probably based off of this one. I didn’t have any plaid or even solid colored fabric so I had to settle with the flowers. I think I may have some more stashed away somewhere… 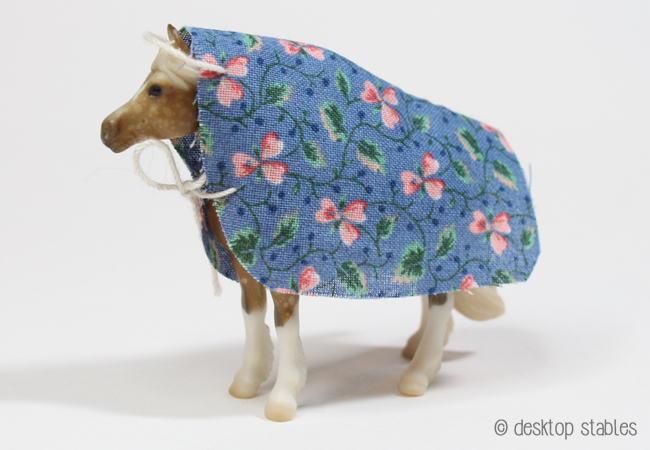 This is supposedly a bosal bridle, made from embroidery floss and a big old plastic bead. 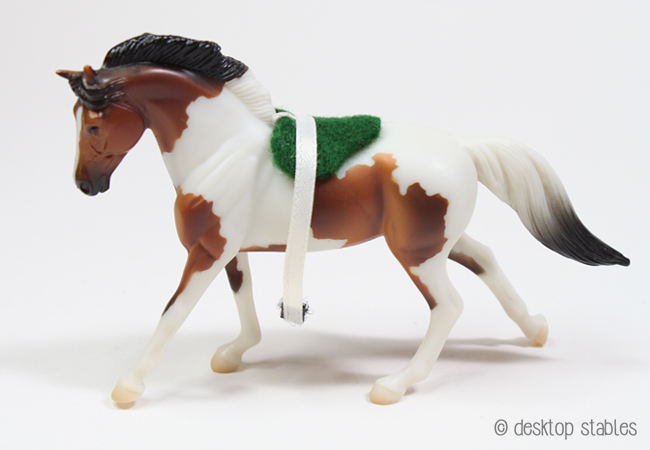 And an English saddle, also made from felt and complete with paperclip stirrups! 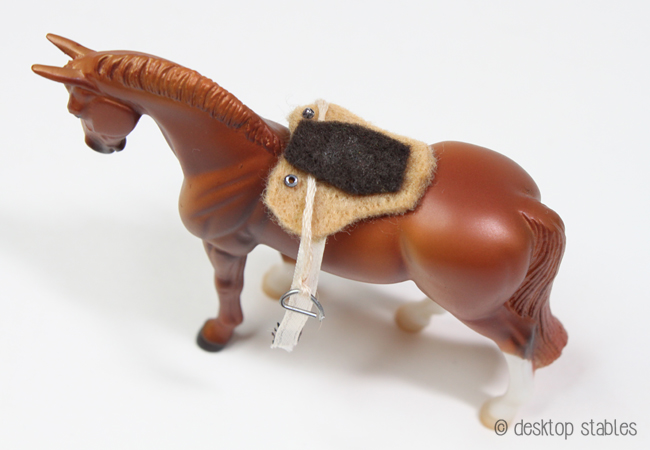 I also made tons of little props. I can remember a grooming box with micro-sized brushes, ground poles, multiple jumps, and a cavaletti set off the top of my head. Sadly, all that’s left now is a couple of feed bags: 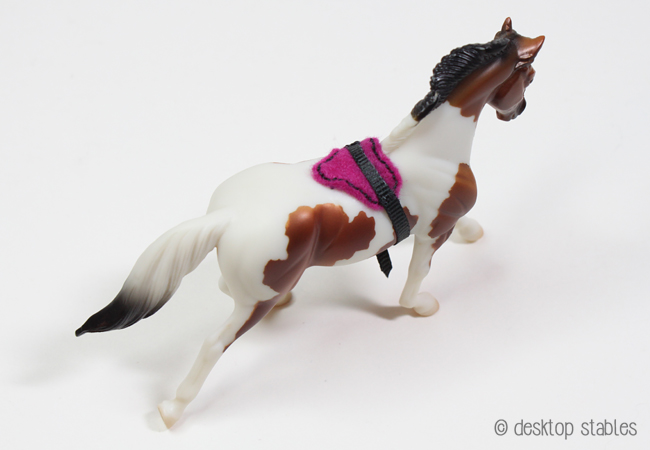 I attempted to make another English saddle:

As well as a western one. It used to have a horn and a girth… 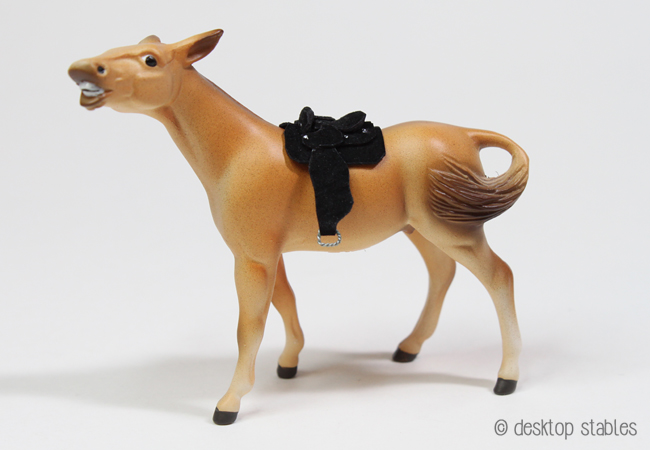 I also started an Arabian costume, but never finished it. 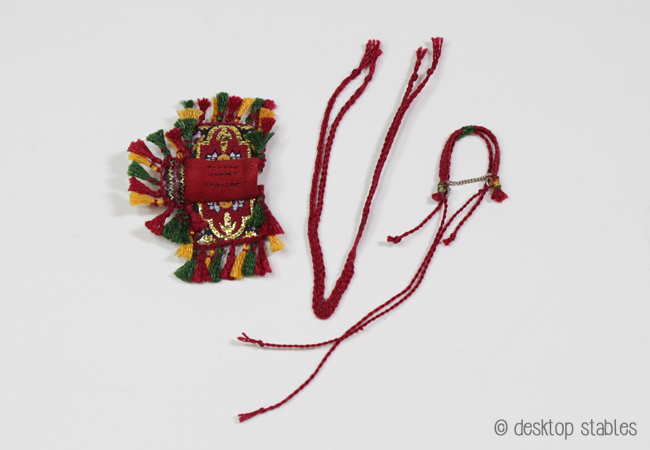 I didn’t want to even attempt to put this back together, so here’s a picture of it I dug up from an old post: 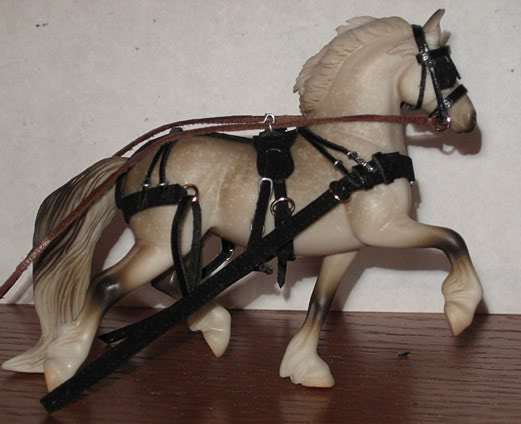 It’s fun to revisit these old pieces, and even though part of me is tempted to try making more mini tack, I think I’ll stick with the larger stuff for now. XD