When I first got into the hobby and tack-making (so uh… 12-ish years ago?) I picked up this little wooden box at Michael’s. I figured it would make a nice tack trunk since I didn’t have the spare change for the Breyer ones. 🙂 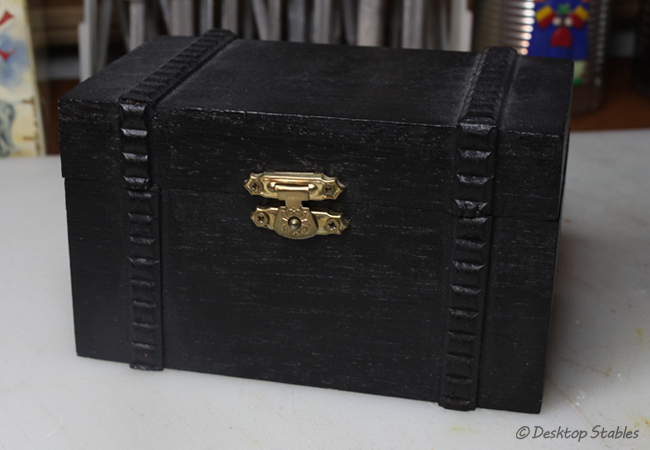 I kept it unfinished for a long time. I didn’t paint the outside till much later, but the inside I worked on right away.
The box was lined with a sticky-backed felt, and I added little mesh pockets that held hand-drawn show forms, tiny dollar bills and other various pieces that have disappeared into space. The mirror was made with craft wood and a piece of aluminum foil- close enough, right?
I was so pleased with it and it served it’s purpose of storing all my early attempts at tack. 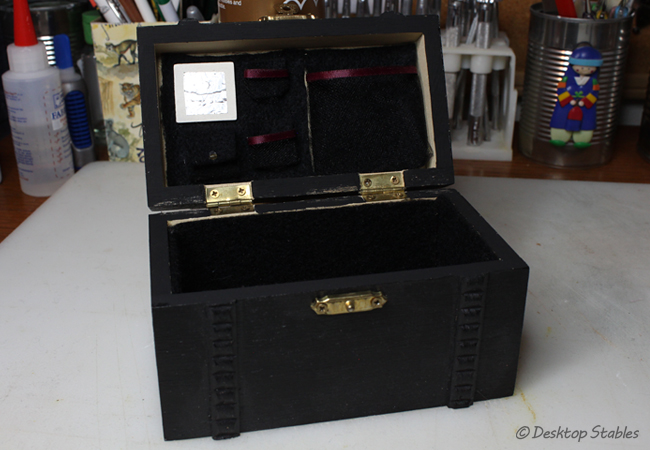 It was in a bad need of a makeover though, so I pulled it out again this week. While the outside remains the same… 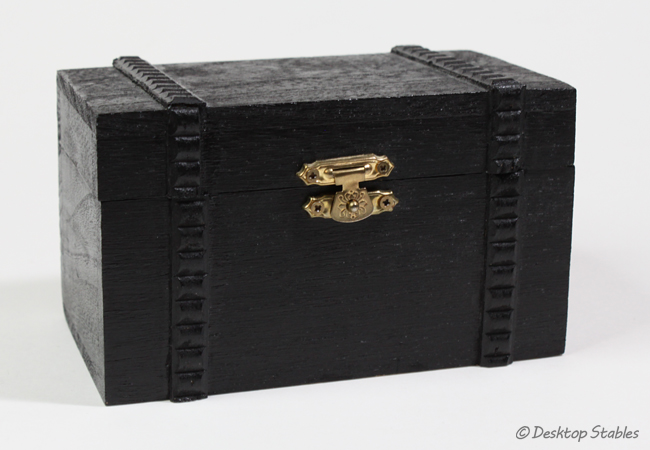 … the inside has been completely re-done. Ripping all the felt out left a lovely fuzzy/sticky residue that was impossible to remove, so I ended up covering it with pieces cut from a cereal box. 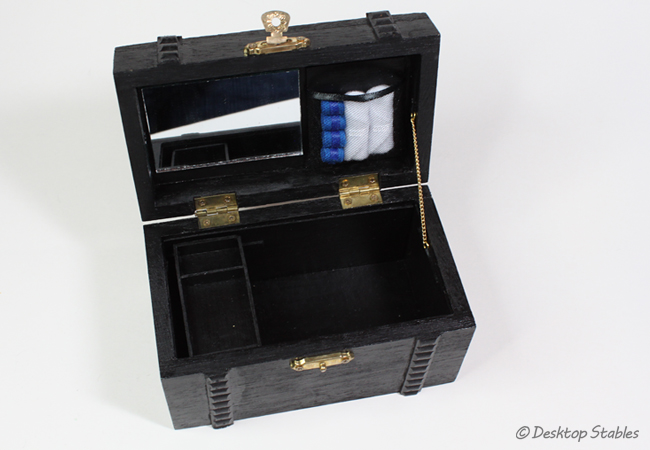 Also added was a chain to keep the lid held open, and a removable tray. (also made from a cereal box) 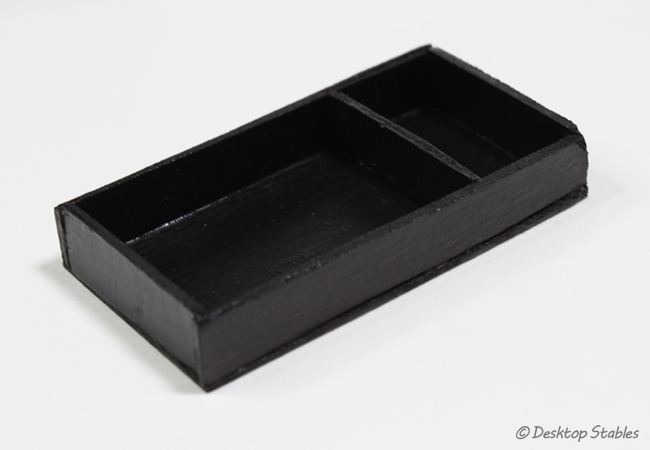 Once I got it all painted and varnished, I couldn’t resist stuffing it full of tack and things for a few fun pictures. 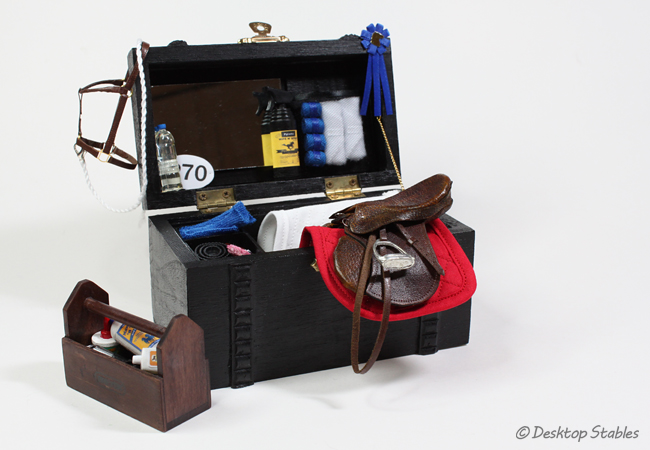 My favorite bit is the new mesh pocket, with tiny polo wraps and a couple standing wraps, made from scraps of fabric and ribbon. 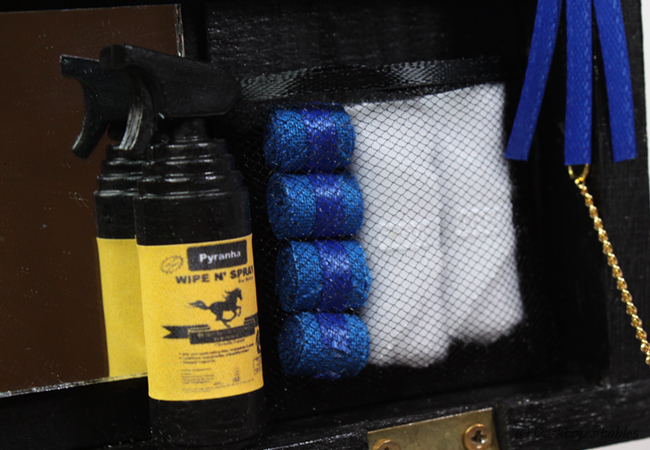 The bottle of flyspray is a re-painted Breyer piece with labels I printed up. I think it came with an old Dapples/Ponies set? My grandma used to buy them for my sister and I when we were younger. 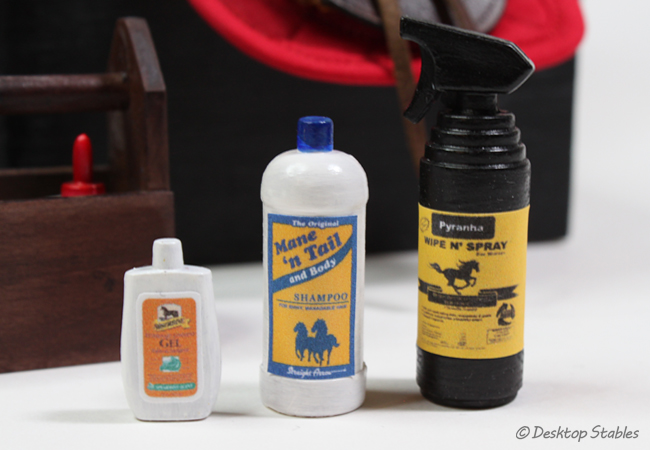 Course it’s about the size of a fire extinguisher. It’s for really BIG flies, I guess. XD 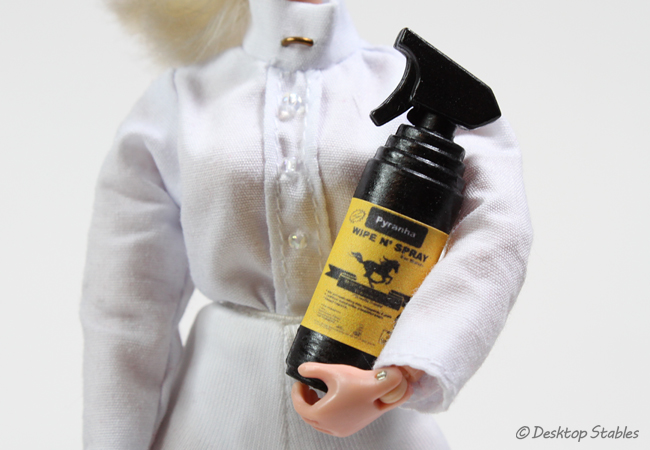 Anyway. The mirror is just a small mirror I’ve had on hand for ages. It’s also bit large, but whatever, the rider dolls are a bit vain anyway. 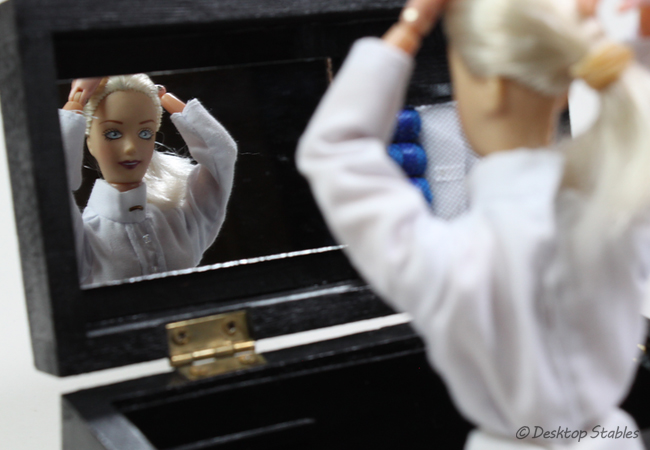 I’m much happier with it now! 🙂 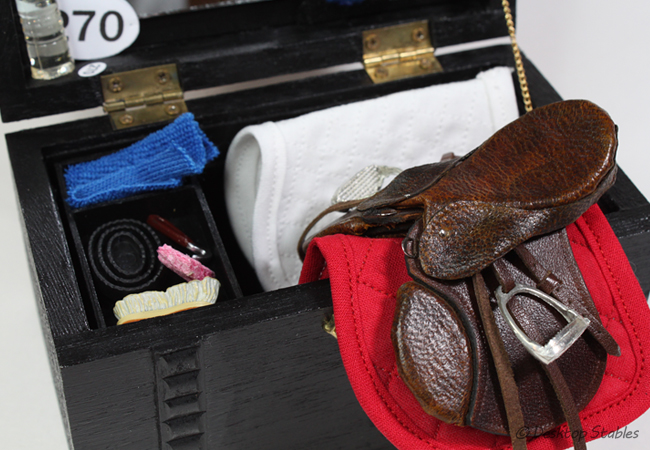