I told you I was going to start slacking.
Well, with posting here anyway, cause if I start slacking elsewhere I’ll be in trouble.

I’ve been feeling a bit drained when it comes to being creative. Most of my creative “energy” is going towards school projects. I recently finished up a calendar featuring vector fish: 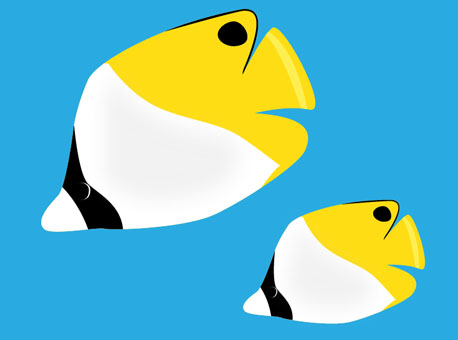 … and am about to start another project on designing milk cartons, in addition to some other projects I’ve been working on right now. It’s keeping me busy but it’s all fun work so I don’t mind.

Like usual, I haven’t made much progress on any of my tack projects. I’m stuck on them, to be honest. I do have a nice halter order I’ve been working on though. I’ve made so many halters that I don’t have to think about them much while I’m making them… unlike saddles. 😉

Mostly I’ve been pre-occupied with Kitty, who had a tumor removed from her side earlier this week:

I’m not exactly the greatest nurse ever. And she’s angry at me for putting the cone back on her head. But sulking aside, she’s been doing pretty well.

Hopefully I’ll be feeling up to getting back in the swing of things soon.

One thought on “Fish, Halters, and the Cone of Shame.”