Oh man. I’ve had an awful week. 😦 But I think the worst is over… and focusing on my tack and this hobby in general is helping somewhat.

I tried making my own Shark’s Teeth charms yesterday. First, because I’m stubborn and like to make my own hardware, and second, I can’t exactly spare the funds for the etched pieces from Rio Rondo right now.

An hour or so later, I had this made up: 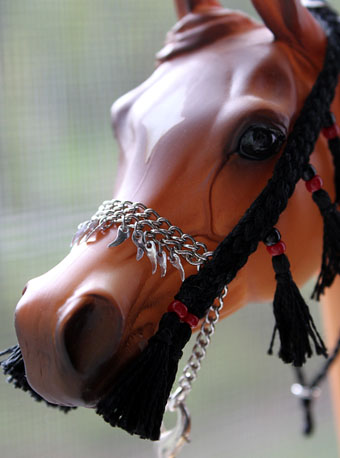 They’re not perfect, and certainly not as nice or polished as the etched pieces, but they will suit my purposes just fine right now. Also, I want to attempt to show you how I made them, in case there’s someone out there who’s wondering…

I first tried cutting apart a pie pan, but it quickly proved to be too much for my hands to cut, and the pieces were so sharp that damage to my fingers or my models was inevitable.

So, I settled for some aluminum tape, which I picked up at a hardware store forever ago. 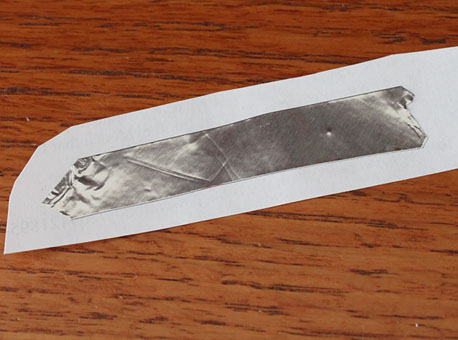 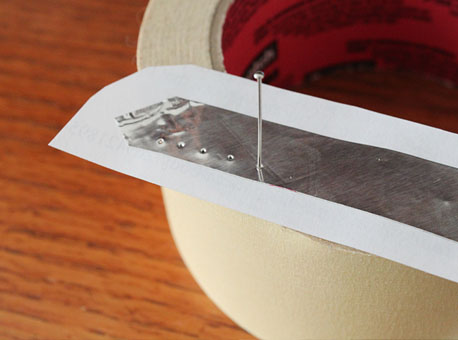 Using a pin, I punched several holes, later etching a rough shark’s tooth shape around each one. Here’s a good reference photo. 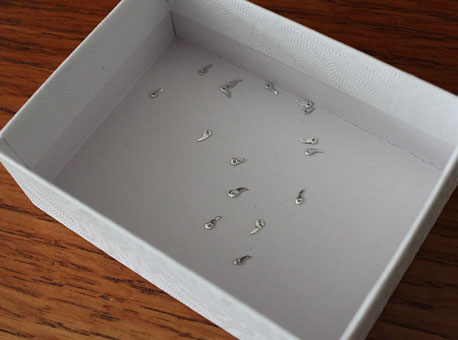 Cut out the shape, and ta-da! A teeny-tiny charm. 🙂 I made lots of them because some were Ugly, some were Pretty, and some were destined to be dropped on the carpet and Lost Forever. 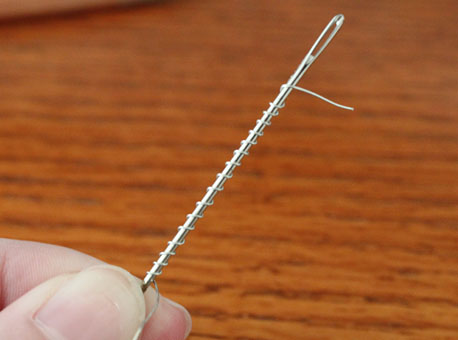 For the rings, I wrapped VERY thin wire around the thickest needle I could find… 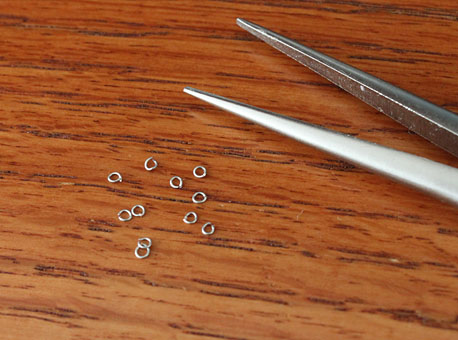 … then cut it apart and shaped each one into a tiny ring. Attaching them to the chain noseband was a bit of a challenge, but overall I’m pleased with the results. 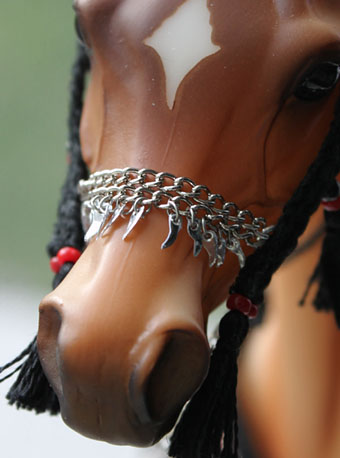 They ARE paper, so they ARE fragile. But goodness… it saved me over $20 so I’m happy. 🙂