Last weekend BreyerWest was held during the Rocky Mountain Horse Expo in Denver, Colorado. I’ve been looking forward to and preparing for this trip for months, so I’m a little sad that it’s over already. I spent a week in Colorado and really enjoyed my time there, but it’s good to be home.

The first day of BreyerWest, Friday, was the day of the live show. Since I wasn’t showing, I wandered around the expo instead. I did stop by the Breyer area to watch the show and get a look at the Breyerfest special run models:

A few more have been revealed since then and all of them are amazing! 😍

This expo was a lot bigger than the one in Oregon last year, and it took some time for me to figure out the layout of the place. A lot was going on at the same time. I did watch a couple clinics…

Or rather, admired the horses in the clinics. 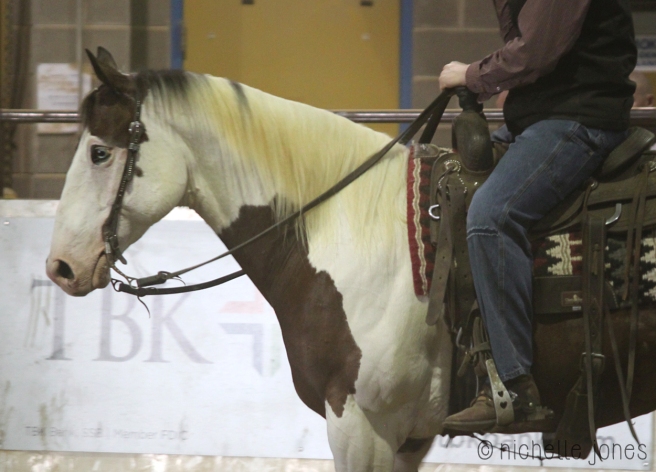 I visited some horses in the stable areas… 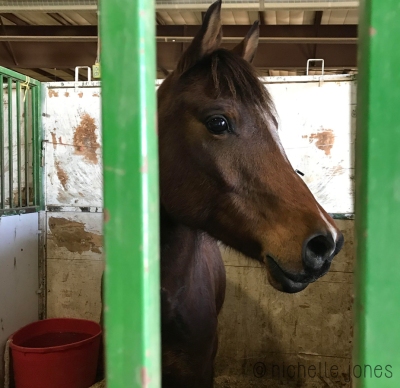 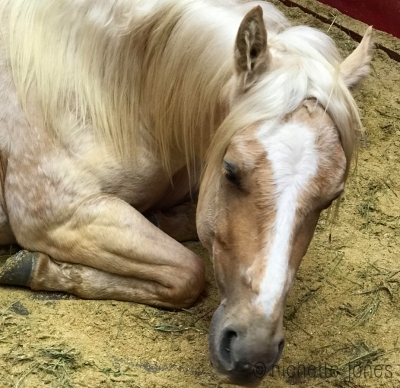 Saturday afternoon there was a horse auction going on. The place was packed. I have never seen an auction before so I thought it was interesting to watch. 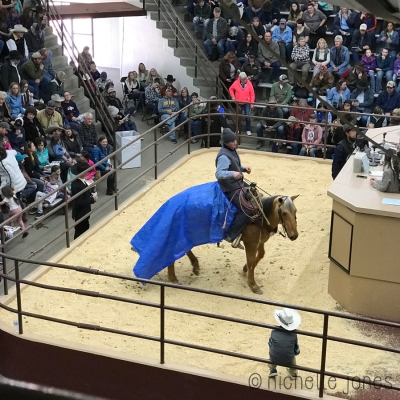 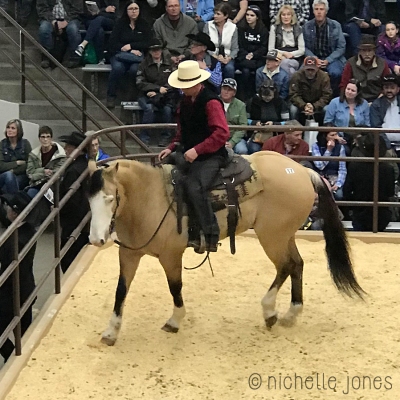 Saturday was also workshop day! I participated in two: Pastelling with Stephanie Blaylock and sculpting a head with Maggie Bennett.

What I really like about these workshops is that they provide an opportunity to try something new, or something you may never try on your own.

In Stephanie’s workshop, we used Pan Pastels to paint a Stablemate.

I’ve heard good things about these pastels and was excited to play around with them. My horse ended up chestnut-ish, and is far from perfect but I had fun painting him.

There’s a part of me that wants to try customizing, and I really liked this medium so we’ll see! I do have a couple unpainted critters around here I could practice on…

In Maggie’s workshop, we used Monster Clay to sculpt a horse head over a 3D printed horse skull. 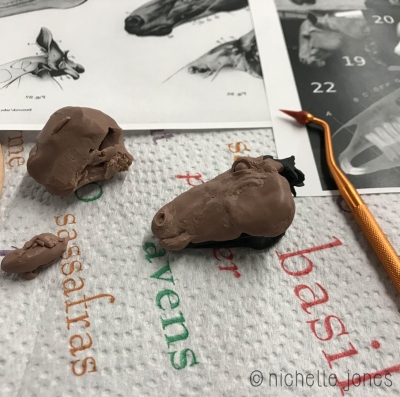 I have never tried to sculpt anything horse-shaped before, so this was challenging, but I’m glad I decided to give it a try anyway. My attempt is rough and blobby and cartoony… in fact he looks a lot like the cartoony horses I draw. (weird how that happened!) At least he’s kind of shaped like a horse??

Monster Clay doesn’t dry out, so I can continue to work on him, or rip it all off and start over if I ever feel like it. 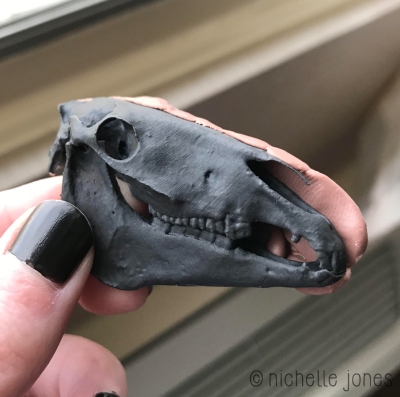 Thank you so much Stephanie and Maggie! Both workshops were great and I’m so happy I signed up for them! ❤️

The swap meet was held on Saturday night at the host hotel. I failed to get pictures of this again, but here’s a quick shot of my table. (a bunch of stuff had already sold at this point 😅)

Thank you so much to everyone who stopped by! 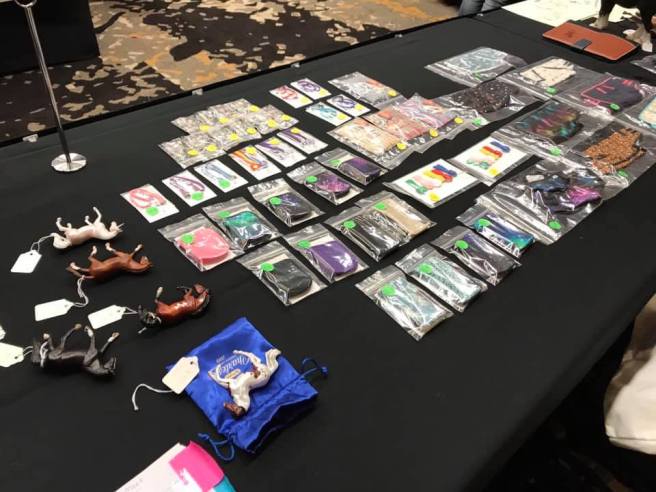 I managed to do a little shopping too, and came home with two Breyer cats, another one of Maggie’s skulls, a Blobby Buddy made by Margaret Balch, and four of the Fairytale Friends micro minis. (they’re so sparkly I love them! ❤️)

For me, this was the end of BreyerWest. The next day I spent at the Denver zoo… 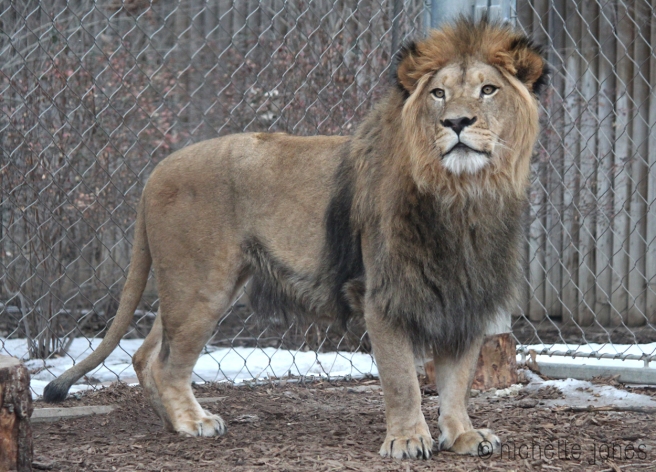 … then drove down to Colorado Springs to visit my grandma for a few days. I got to see the Garden of the Gods… 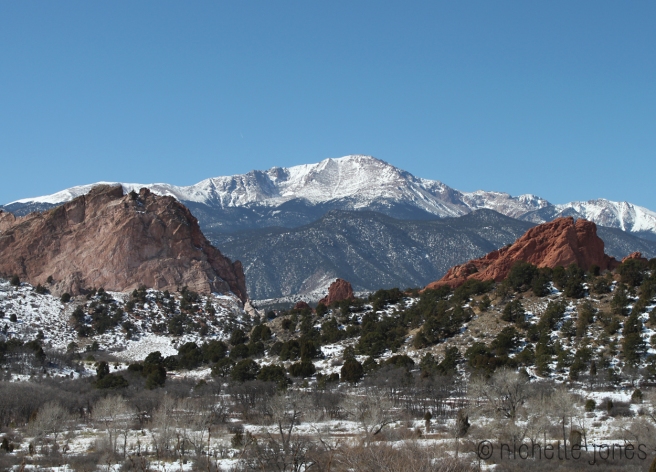 … and we took a short trip out to the Air Force Academy. 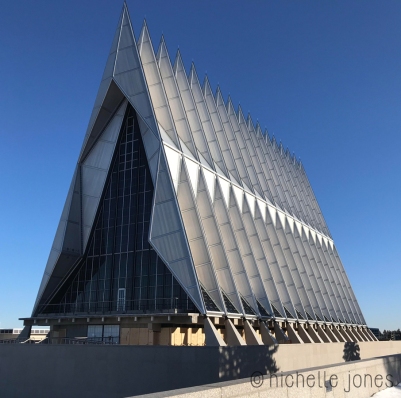 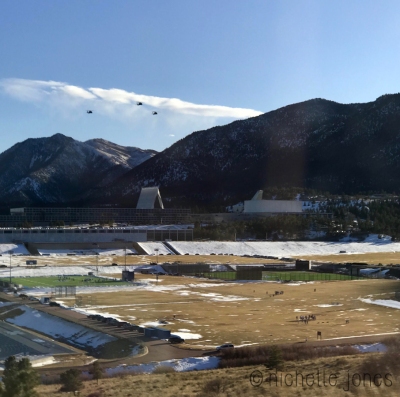 It was such a good week, and a much needed break from work. I’m really happy I was able to go again this year.

A HUGE thank you to Erin, Kat and Heather from Breyer, and everyone who volunteered! Thank you for making BreyerWest happen, it was a lot of fun!!

Hey guys! I’ve posted some horses for sale on my blog’s Sales page today. (link in bio, then go to Menu -> Sales) I’ve got some Traditionals and Stablemates posted for now, more than what I’ve pictured here.
I’ve posted a tutorial on how I make hip ornaments on my blog today. Link in bio! 💜