I ended up making a bunch of saddle pads throughout the week:

They’re rather simple – fabric, felt and bits of leather – but they seem to look all right. 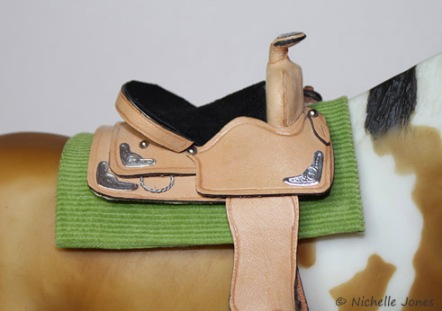 Sometimes simple really is best, isn’t it? I’m much happier with these than the cross stitched one I made a while back. They’re not as stiff or bulky, for one thing, and they don’t take nearly as long to make!

I’ve been experimenting with stitching on some others, like you would see on pads for real horses, but so far my attempts aren’t really working. Machine sewing is something that takes practice… urgh… 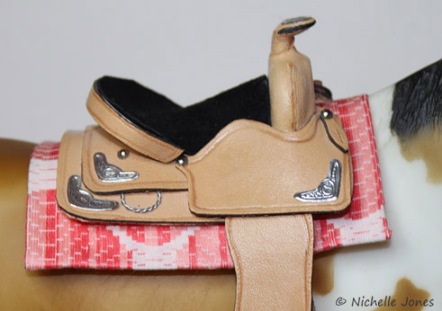 They’re addicting to make, that’s for sure. I might toss a few over on MH$P eventually. 😛

In other news… classes start up again on the 22nd! All evening classes, grr, but hey. At least I get to sleep in some.