Shorty after making the clock horse I decided that I wanted to try making a lamp. I don’t know much about the history behind the Breyer lamps, but I’ve always liked them and thought that making one in miniature would be fun.

The mare and foal ended up on my desk for a few months, after I had decided that the idea was going no where and I hated their color and I should just quit while I was ahead because I’m not a painter and so on and so forth.

Then yesterday I picked them up again, decided that I didn’t hate them anymore (funny how that works) and somehow managed to finish the project. 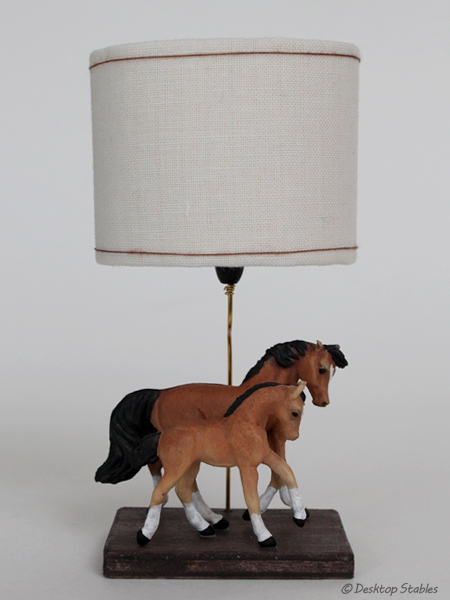 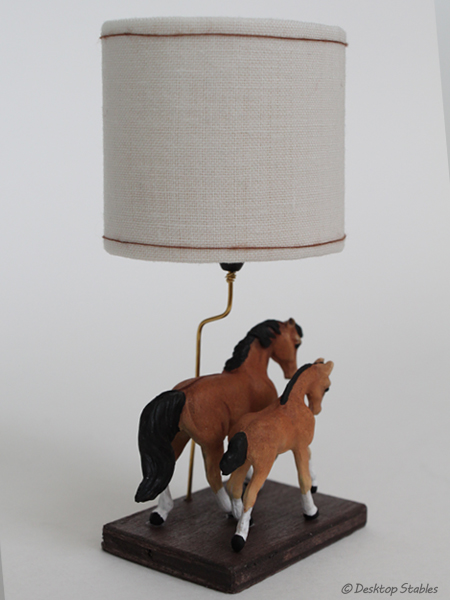 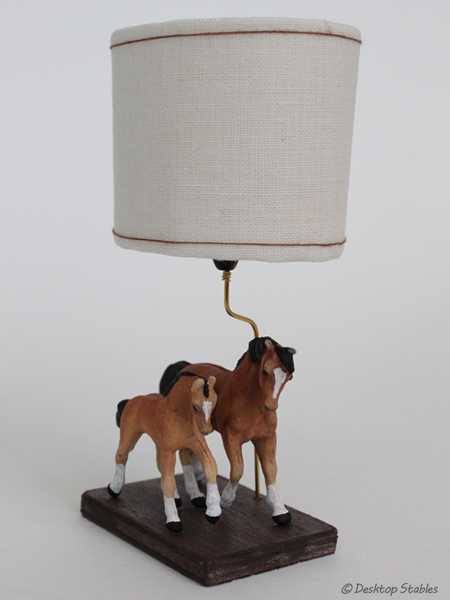 I did consider wiring it to be a working lamp, but after researching it a bit, figured that would be much too complicated, even with a battery powered light. Instead, I settled for a couple beads. 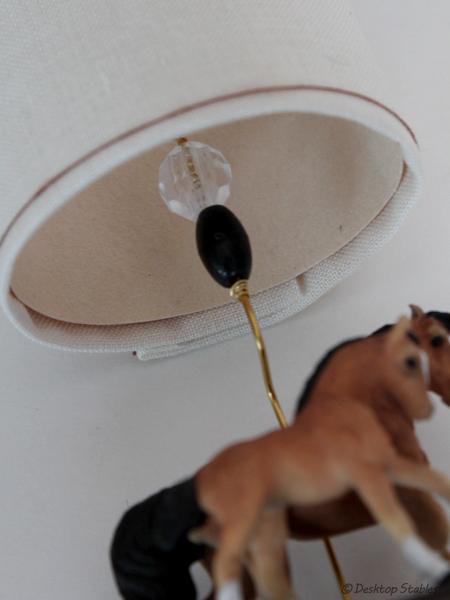 The shade ranks as one of the most frustrating things I have ever put together. I would’ve liked it to be a bit neater but yeah. This will just have to do. 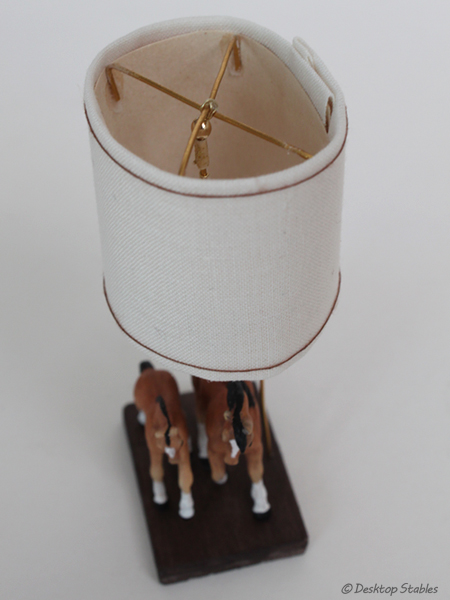 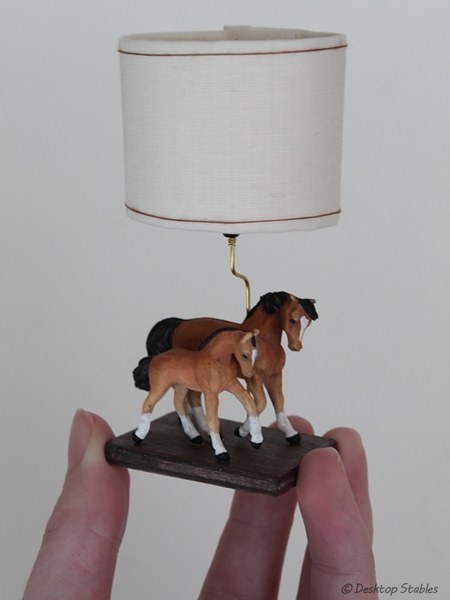 So even though it’s not perfect and I’m still definitely not a painter, I’m still pleased with it. Perhaps it’s imperfections mean it was stuck in an old attic or something… just waiting to be found…